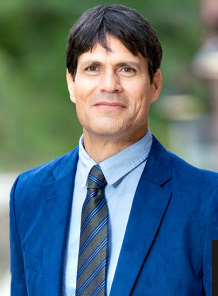 Haku Kahoano MD is an Internal medicine trained physician. He received his MD from the John A. Burns School of Medicine, Honolulu, Hi and his medical licensure while at Tripler Army Medical Center. During his 9 year career in the U.S. Army, Dr. Kahoano primarily served as an operational flight surgeon and primary care staff physician across multiple med sends and missions. He was deployed three times in service to his country. With both Native Hawaiian and American Indian Ancestry, Dr. Kahoano comes from a background with high regard for health and functionality.  A renaissance man incarnate his hobbies include Muay Thai  (martial arts), Art, Music, Science and Leadership. Dr.Kahoano was born and raised in Honolulu HI and once was a starting defensive end for the University of Hawaii where he received Honorable Mention All Western Athletic Conference Honors and lettered for 4 years.

Please join us in welcoming Haku Kahoano, MD to our community of medical providers at Bethany Medical.
Dr. Kahoano will focus on a full spectrum of primary care and pain management services including:

He is currently accepting new patients at our Battleground location.